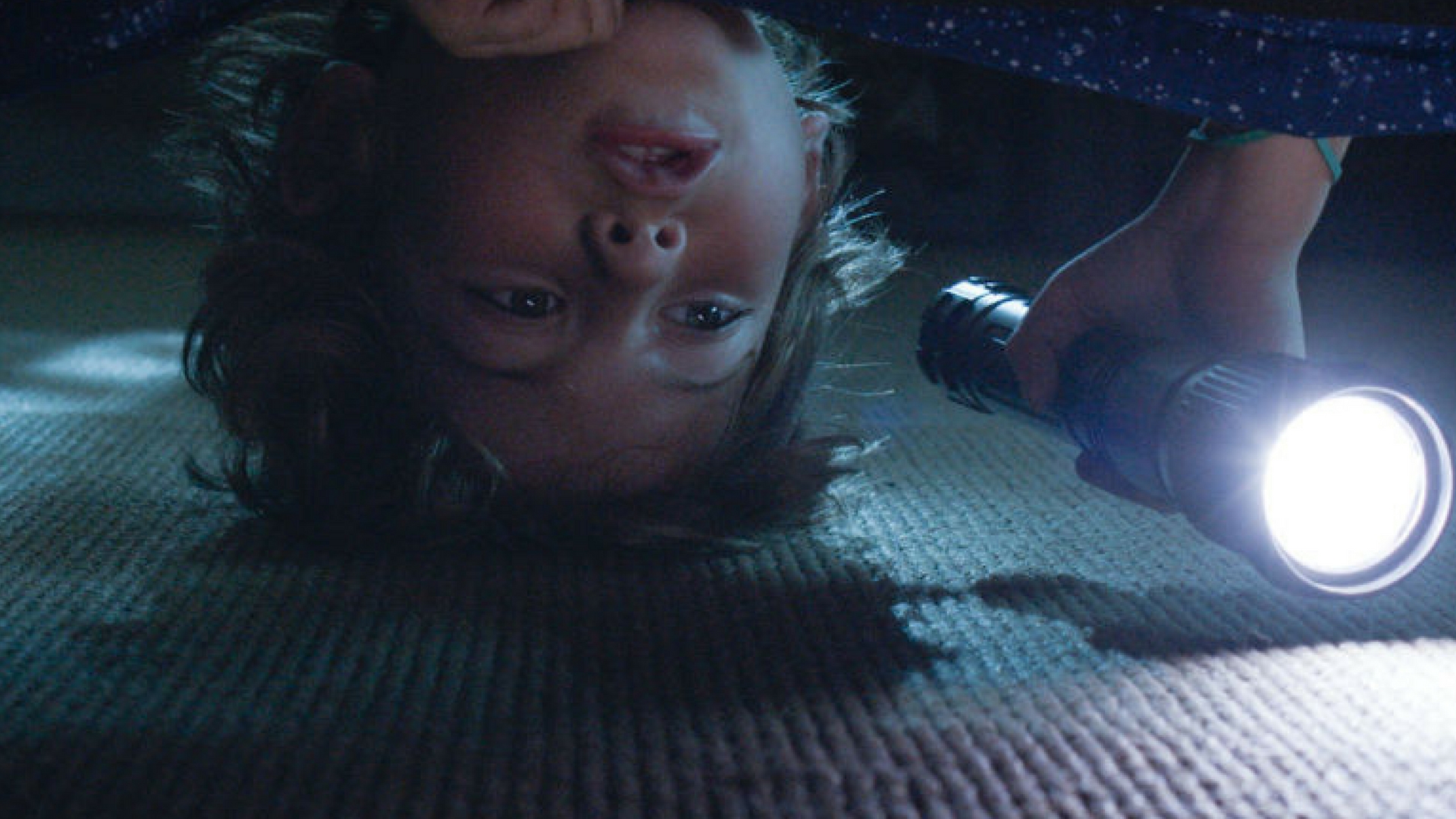 I want everyone to understand how incredibly pumped I was to be watching “Before I Wake,” the horror movie that everyone raved about. One of those “The Most TERRIFYING Horror Flick on Netflix This Month” type deals. It’s about a creepy kid whose nightmares come true. I kept telling myself how excited I was to be watching a movie that will actually captivate my attention and excite me. Finally, something scary and original!

Well my friends, disappointment ensued after the opening credits. Read on… So there’s at least is a semi-clear story and plot. In the beginning it’s quite simple to follow. Parents want to become foster parents for a kid after their kid drowns. They adopt a special kid who bounced around other foster families and has a gift, his dreams become reality. So, if he dreams about glowing butterflies, the parents downstairs can experience it as reality – although it’s not real, it’s a dream. The butterflies disappear when the kid wakes up. But sometimes the kid has nightmares about the “Canker Man” which is a kind of alien looking CGI monster with glowing eyes that KILLS people. So, he wants to drink grape soda to stay awake.

So…that’s the easiest it’s going to get, because what follows is an avalanche of other character details and conversation that adds more questions to which the audience will never ever receive an answer. I’m pretty sure the filmmakers themselves don’t know the answers either. For example:

Towards the end the nightmares are explained as a bad memory of the kid’s mother getting cancer, which is where he got the name canker. His last image of her was of a skeletal and sickly version of his once vibrant mother. How it got so twisted is also explained, he grew up and started to, I don’t know, forget certain details and turn that memory into a death nightmare. I mean, what if he has another nightmare? This kid will never be allowed to watch a scary movie in his entire life – especially if he can make his day-dreams come to life. Could you imagine dreaming about Leatherface and then him coming to life and sawing people in half.

Yeah, this wasn’t thought through at all. Holy shit. This movie might have the most boring performances of all time. For some reason, Kate Bosworth has absolutely no personality, and her husband is just so forced it makes me embarrassed to watch him on screen – literally embarrassed. Almost like watching someone sing the national anthem and they completely bomb and you get all flustered because you had to actually sit through that shit. That is the best example of how it felt watching these actors “act” or try to.

The kid does well at acting like…a kid. He’s cute and nice and too good to be true, and of course he has to be that one kid whose dreams come true, along with his nightmares. Apart from the kid being expressive and doing great overall for a tiny human actor, the adult human actors seemed like they were as bored as I was.

I mean, is it too much to ask for actors in a film to show a genuine emotion and act like they feel some caliber of fear? This is in the horror section for a reason, but I’m calling BS. I’m sure at first, everyone will swoon over the great use of shots and close-ups of the actors faces…until they realize that the ENTIRE film is literally one big close-up of Kate Bosworth’s face because she has two different colored eyes.

Also, the single jump scare was pitiful and could have been left out entirely. And I understand that some people think hollowed out eyes are scary, but it just didn’t work out that way, you guys…

Even when the mom gets a bruise on her face, they could have made it look more realistic instead of a giant pile of purple eyeshadow rubbed all over her cheek.

Overall, I give this a Fuck Off. Sam was right for adding a new category and I think I’m about there, too. So, fuck off.